Many years ago when Mary Tyler Moore was asked how she was able to deal with the painful losses in her life, she turned to the questioner and said simply,  "No one goes through life without pain."  I'm an older guy at this point, and I've certainly dealt with loss.  But the news I got today was really devastating.

We heard through a friend that a sixth grade girl took her own life recently.  She was someone who attended the same middle school as our daughters, and was in the same class as our daughters in 4th grade.

She was a beautiful girl:  Full of life, smart, engaging.  But she must not have known that.  Or?... We'll never know, of course.

I suppose my sorrow is deepened a bit more as I am a CASA who tries to help kids through some really tough times.  I realize that not being connected with her any more, I can't blame myself for what happened. Still, there isn't much I wouldn't have given up for the chance for one conversation with her.  I really liked her.  I think a lot of people did.

We lost a promising person.  There a couple things we can do, though.  First, the family needs help with burial expenses.  If you are so inclined, please use 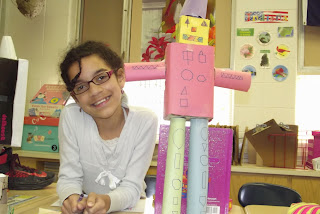 this go fund me link.

But more broadly, try to make sure every young person you encounter knows that they matter. Cultivate the habit.  You can make a difference.
Posted by Donvila at 6:02 PM No comments:

State Impact Indiana is heard weekly on our local NPR station WVPE.  Their weekly report on education issues is normally quite informative, but this week was really disappointing.

In a piece entitled "Building Funds:  How Charter Schools Benefit From the Newest Budget" we heard a segment that might have even made the folks from ALEC blush.  It was a complete puff piece for charter school denizens.

The legislative action which appears to have inspired this segment (as reported by SII):


The new Charter and Innovation Network School grant program gives charter schools $500 extra per student in state funding  – but only if they’re considered “high-performing,” earning an A, B, or C on the state’s school grading scale. Schools that earn a D or F can qualify only if they can prove to the State Board of Education that they are performing as well as or better than the nearest non-charter public school.


I sort of get that if charter schools were willing to take on the most challenging students, the extra boost could be well placed.  Students with learning challenges and those from unstable homes require much more than, say our daughter, to succeed in their studies.  But the pattern is pretty clear that many of these institutions, once the head count has been achieved, are quite adept at determining that these kids are "unsuitable" - which leaves them to traditional public schools who can essentially turn no one away.  The charter will have already received the funding for these children, but it will be left to the traditional public school to educate him/her.

The statement also assumes that the state issued grades have some credibility.  Many folks would disagree.

Another glaring feature of this SII story is the absence of dissenting voices.  This as close as Rachel Morello gets:


Not everyone likes charter schools, or believes that they should be handed public funds, but others say the move could serve as a pretty big incentive to not only to draw more charter schools into Indiana, but to keep the schools that are already here – and their traditional counterparts – performing at a high level.


Perhaps one of the most common arguments against extra funding for charter schools is that they don’t always perform better than the traditional schools they claim to supplement.


Rachel uses a passive aggressive approach to dismiss any contrarian view, and even offers us a straw man in the latter quote above.

I'll take this opportunity to clear up her misunderstanding.  It is obviously true that charter schools don't always perform better than the traditional schools they intend to supplant.  It is true by the evidence that in the aggregate they perform slightly less well than traditional public schools using the rubric of high stakes testing - which most charter school denizens seem to think of as sacred.

Additionally, most non-profit charters contract with for-profit service companies for building leasing and operations (oddly enough often with ties to the non-profit principals).  So a significant amout of charter schools are intended as cash cows for investors,  These are facts.  But in the piece:


“Say they came from an F district and they were progressing forward, they could be eligible for this grant also,” explains Rep. Tim Brown, R-Crawfordsville, the House budget author. “That’s the idea of charters – to use a different way, a different teaching method, have a different structure so that kids can excel in a different environment.”


Elsewhere, there is the claim that this funding doesn't diminish traditional public school funding. Come on, we're all grownups here.

It turns out that there aren't so many profound ideas no one has thought of before.  We know what works.  Small class sizes and exposure to creative arts of some kind.  For the most part, charters have been enamored with the "no excuses" model.  And teaching to the test.  Perhaps the subject of this article has something else in mind.

But should we we rise in support that she get a 5 million dollar loan financed by us to launch her dream?  Perhaps her idea is good, but one person can't run anything like what she has in mind, and we have no idea who she has (if anyone) to make her dream operational.

Here is some of the reality of charter schools, and their champions.   It should make us more cautious.

Posted by Donvila at 6:34 PM No comments:

What do you think it symbolizes?